The Barrels on St Owen Street was voted Hereford’s favourite pub in the final round of Jesse Norman MP’s 2013 Discover Hereford competition.

The flagship Wye Valley Brewery pub is popular with people of all ages and walks of life, and received many enthusiastic endorsements in particular for its house beers, friendly welcome and outdoor area.

Second place went to The Stagecoach on West Street. Landlord James Smith was praised by regulars for the quality of the pub’s food and the cosy atmosphere.

Speaking after he presented the Barrels with their winners certificate, Jesse said “I am a huge supporter of local pubs and it was a great pleasure to read through the many enthusiastic nominations that were made for local pubs. The winning pubs are very different from each other, but what they have in common is committed landlords and staff who go all out to create a friendly atmosphere for their customers.”

Jesse’s Discover Hereford competition was timed to tie in with the run-up to Christmas, and invited people to nominate their favourite places to eat, drink and shop in Hereford. The winning businesses all received a certificate from Jesse and will be invited to a special winners’ party next month. Prizes will also be presented for the best nomination in each round. 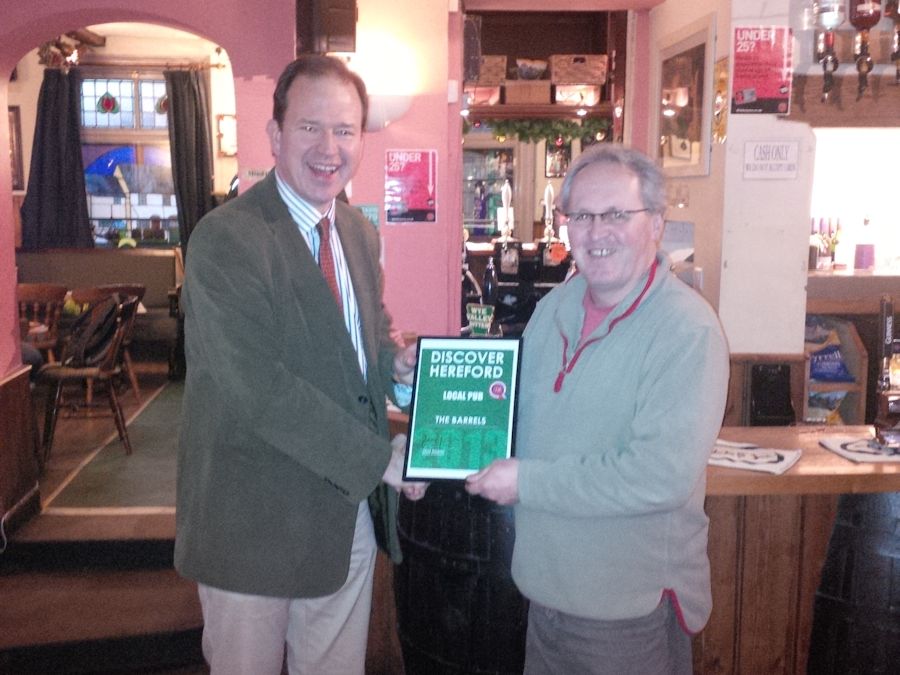 Jesse and Phil Pryce, Manager of The Barrels