It was three weeks ago. We sat, stationary in my car, on Edgar Street.

The cars did not move. Nor did the trucks, the lorries, the buses. All around us the engines throbbed and hummed, pushing out carbon and particulate emissions.

And my passenger turned to me and said, "This would be a perfect city for a by-pass or a relief road."

It was Jim O'Sullivan speaking. He is the Chief Executive of Highways England, and he was making a technical judgement. His team had been extremely helpful a year or two ago in moving contractors to careful, night-time working on the A49 above Ross-on-Wye.

But I have also been pressing them for many long months now to use some of their designated funds to boost cycling and walking and traffic management schemes on the A49 in the city. Now I had got Jim up to Hereford to see for himself.

His words struck a chord with me. Readers will know that work on the proposed Western bypass and Southern Link Road was paused by the Council last year.  The Council's Scrutiny Committee has reviewed this and now framed a package of options for the Cabinet, including the bypass, an eastern link road, and more support for cycling and walking, shared vehicle use and buses.

For me, as the famous Yankees baseball manager Yogi Berra once said, it was déja vu all over again. I have been pressing the merits of an Eastern link road for more than a decade. It is good to see that option back under consideration.

Yet the point remains. If we want green growth, here are no perfect options here for dealing with out of town traffic.

An Eastern link road would significantly reduce city traffic, but it would not allow for detrunking the A49, which would remain a national road. Those lorries and trucks will not be decarbonised for a decade or more, and even when they are, the city will remain divided in two.

A bypass would transfer much of the current smog and particulates out of the city, and allow the two halves of Hereford to be joined up again, But it only does that if the A49 is also immediately de-trunked and reduced in size.

This is a complex but vital long term issue for the city, and the county. Whatever your views, now more than ever, it is important to have your say. 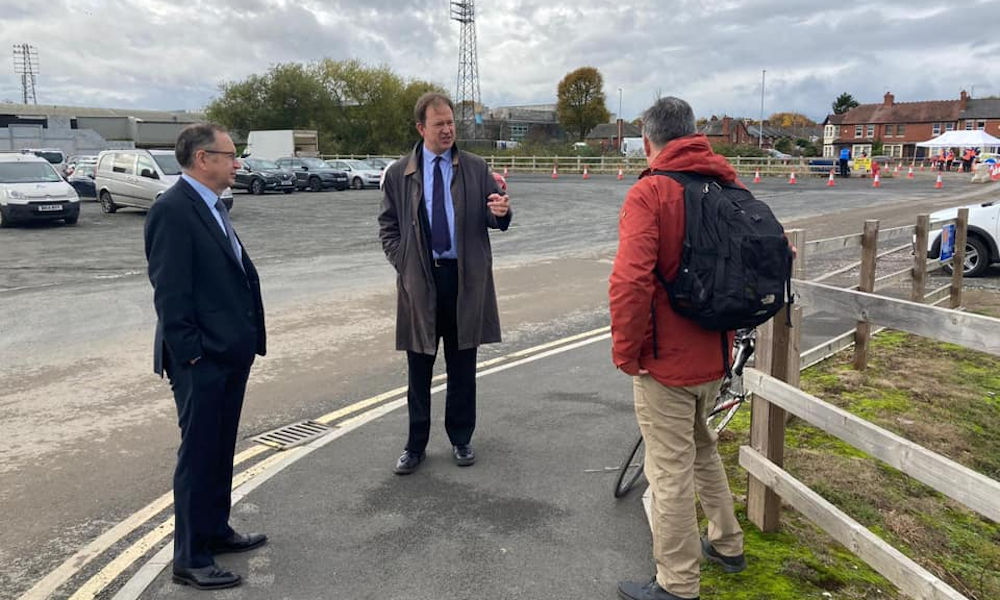