Jesse Norman, local MP since 2010 and now Conservative parliamentary candidate, has welcomed the news that the Government will pay over £1 million to Herefordshire Council under the Bellwin scheme as compensation for damage following the recent flooding.

Rob Jenrick, Secretary of State for the Ministry of Housing, Communities and Local Government, made the announcement after sustained lobbying by Jesse, alongside representations from the Council and fellow candidate Bill Wiggin. More than 200 local properties across Herefordshire are thought to have been affected by the flooding in October and November.

"My goal as MP has always been to support my constituents as well as I can, and I am very glad to be able to do so as a candidate as well." 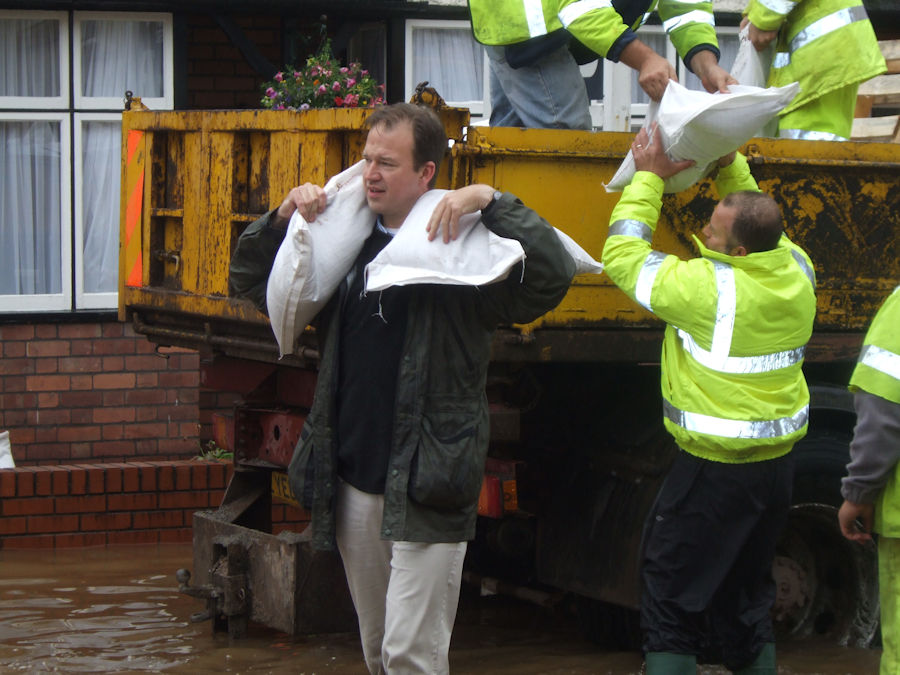 Jesse carrying sandbags during the 2007 floods.