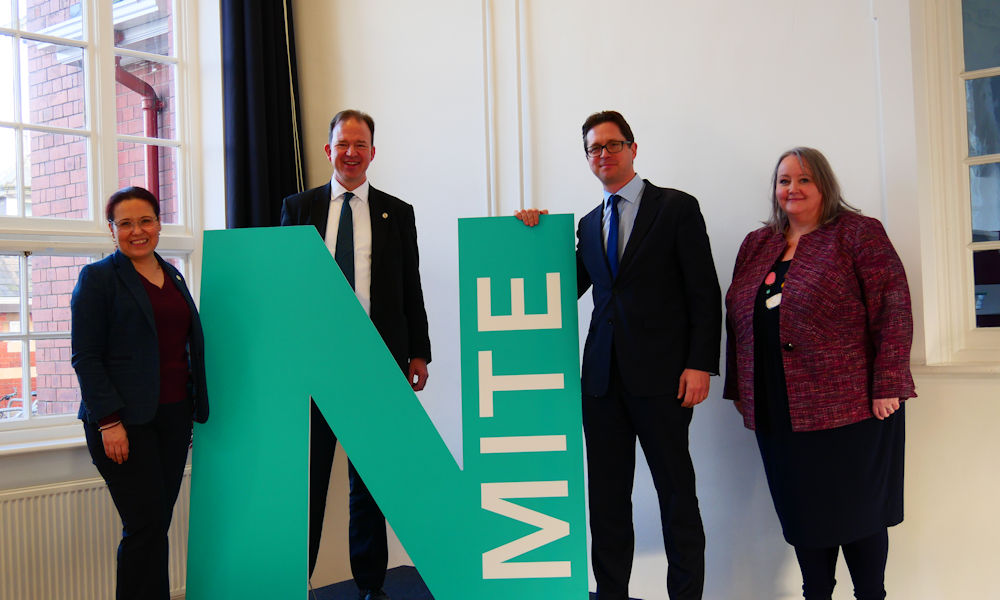 The Minister came to Herefordshire in order to visit the county’s pioneering new higher education project, the New Model Institute for Technology and Engineering, or NMITE.

His visit came just a day after the Government specifically mentioned NMITE by name in its key Levelling Up White Paper, as pioneering a model with transformative potential to boost economic regeneration not just in the Marches, but across the UK.

Minister Burghart was taken around NMITE’s main campus at Blackfriars by Prof Dave Allan, seeing the engineering studios, meeting faculty and talking throughout to students.  At the end he described what he had seen as “incredibly impressive”.

Before entering politics, Alex Berghart MP was an academic at King's College London, where he taught mediaeval history.  After his visit to NMITE, at his personal request he was kindly shown around Hereford Cathedral, the Mappa Mundi and the chained library by Glyn Morgan, Chief Executive of the Perpetual Trust, and members of the Cathedral’s expert staff.