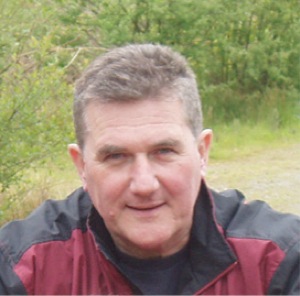 “Jesse Norman has worked tirelessly to support the NHS, particularly to ensure that essential acute hospital services remain available to residents of the County. He has helped to get a better deal on the Private Finance Initiative for Wye Valley NHS Trust and potentially for the wider NHS. His commitment to health services being available to all, free at the point of service and properly funded is unswerving.”
Derek Smith, former Chief Executive, Wye Valley NHS Trust 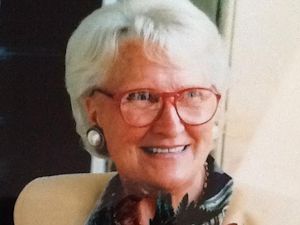 “Jesse Norman has evidenced his passion for Herefordshire and he has been very involved in issues which have mattered to me, in particular health and the NHS and education. He has been an excellent MP for Hereford and South Herefordshire.

“I have thought hard and carefully about the election and I believe that Jesse has also shown that he has an independent streak and will not be told what to do. I fully support his decision to stand as a candidate and I wish him every success.”
Joyce Thomas MBE, former mayor of Ross-on-Wye 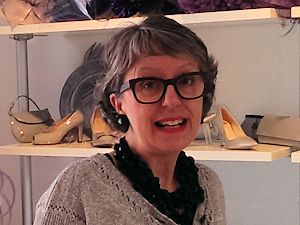 “Jesse is a good man and an even better MP. Throughout his time representing Hereford he has worked tirelessly for local businesses, campaigning for better broadband, organising jobs fairs and promoting independents through his Discover Hereford and Discover Ross competitions, of which I was the proud winner of Hereford’s favourite independent shop.

“He is genuine, sincere and approachable about the welfare of all of his constituents.”
Angela Siemieniuk, Owner, Hat Trick

“Jesse is a very caring man, a great MP who does what he thinks is right.”


“Over past years I cannot remember anyone else speaking out strongly to protect our Hospital and facilities precious to those with learning difficulties. We are fortunate to have in you a guardian angel of Herefordshire.”
Mrs T., Ross-on-Wye


“I have to say that the assistance has been exceptional.”
Mr B., Hereford


“We greatly admire the personal attention you are bringing to this very local issue - it is what one always looks for in one's constituency MP. ”
Mr and Mrs W., Ross-on-Wye


“Thank you, thank you, for your help. Until you stepped in no one listened to me. If it wasn’t for you I’m sure I would be struggling.”
Miss T., Redhill


“I respect you greatly as an MP who is not afraid to speak up against issues and a person who is rapidly proving to be the best MP this constituency has had for many a long year.”
Mr H., Tupsley


“During our last committee meeting I was asked to write to thank you for all the work you have done to help. It was felt by everyone that we should write to express our gratitude for your hard work.”
Community group, Golden Valley


“On Syria, it is great to have an MP who votes with his conscience and does not just follow the party line.”
Mr W., Llangarron


“I want to thank you a million times for sorting the Winter Fuel Payment out so quickly – my neighbour is over the moon. This is what Herefordshire needs: an MP who works for his people.”
Mr E., Holmer

“As talented as any Tory backbencher is ever likely to be.” Janet Daley, Sunday Telegraph, 5 August 2012


“I want to thank you a million times for sorting it out so quickly -- [Mrs P] is over the moon and please pass our thanks onto Jesse Norman and just say to him he has won many more votes now this is what Herefordshire needs a mp who works for his people-- this is what I call service -- once again thank you so so much.”
KE, Hereford


“Their outriders include the brilliant Tory MP Jesse Norman, who anyone interested in the more imaginative aspects of modern Conservatism should follow closely.”
John Harris, The Guardian


“Jesse's brilliant book shows that the modern compassionate conservatism that I am leading has its roots in the deepest traditions of conservative thought.”
Rt Hon David Cameron MP


“Down the road in Hereford, the candidate to watch is Jesse Norman. Norman is someone you need to vote for never mind what party he belongs to. I first met him when he and I carried a very large man in a wheelchair up a flight of stairs. Himself, that is, in person, not a researcher.

“Ostensibly a Tory, he is the nearest thing Hereford is going to get to a green MP. Furthermore his dad masterminded the rebuilding of the Roundhouse in London, which is where I saw the Doors and the Jefferson Airplane in 1968. It is hard to think of a political pedigree more impeccable than that.”
Llywelyn ap Gruffydd, Broad Sheep Magazine


“Much the most impressive Tory candidate at the next election I've yet come across”
Amol Rajan, The Independent


“One of the party’s brightest”
Bryan Appleyard, Sunday Times


“Jesse is the Clark Kent of British politics.”
Boris Johnson, Mayor of London


“Jesse Norman is the sort of MP who gives even a cynic like me some hope about the future of our nation’s public life. He is independent minded, understands the value of ideas, is willing – indeed eager – to subject himself to fierce cross examination and has the charming ability to mix modesty with conviction.”
Mark Littlewood, Director of Institute for Economic Affairs


No-one could describe Jesse as left wing, but he has not hesitated to champion the case of what could be broadly described as the "workers" against their former business bosses and directors. All power to Jesse, and don't blink first!
Editorial, Hereford Journal, 17 December 2008


In January 2008 primary schools in Herefordshire were presented with the possibility of closures. Jesse Norman was a great support to the school. He intervened with the local council to help stop the closures and set up a website that was of great help to all concerned. Jesse brought the Shadow Secretary of State to Herefordshire and an event was organised to allow schools to discuss the situation. Jesse has continued to keep schools updated and is in regular contact.
Gill Thompson, former Head teacher of Kings Caple Primary School


As Chair-person of SHTUG (Sheltered Housing Tenants Umbrella Group) I sent a petition of nearly 300 signatures to Herefordshire Housing expressing our concern about the loss of the Warden service. This had fallen on deaf ears. I asked Jesse if he could help. Jesse was brilliant, understanding, and took up the challenge on our behalf. He came to many of our meetings, and highlighted our concern by getting the press involved. He also found a solicitor who agreed to act on our behalf. He was constantly in touch with me and many others during this fight to help the elderly and disabled who relied on the Warden Service. It is hard to put into words all the energy Jesse donates to every individual who seeks his help.
Shirley Baldwin, Sheltered Housing Tenants Umbrella Group


I was very pleased with all the help that rural surgeries received from Mr Jesse Norman and his colleague Rt Hon Bill Wiggin MP when the future of dispensing medicines at rural practices came under threat. Thanks to their support the proposed changes were scrapped and dispensing can continue to the benefit of rural patients.
Dr Richard Dales - Secretary of Herefordshire Local Medical Committee


Jesse is a great supporter of N-TAG. At great risk to his dignity he grew a beard for a “Shave-a-thon” which raised funds for the Charles Renton Unit at the County Hospital, Hereford. We have confidence that Jesse will always be sympathetic to the needs not only of local communities with which he is involved, but also the whole area of South Herefordshire and Hereford City. To have someone so approachable is of great benefit to us all.
Sally Hollingshead - Vice-Chair of the North Tupsley Action Group


I would like to express my gratitude to Jesse Norman for his help and support with regard to my son's epilepsy. I tried to get Christopher seen by the Epilepsy Centre, who were willing but the Hereford Primary care trust refused to fund this. This is when I contacted Jesse to see if he could help. Jesse responded very quickly contacting the Primary Care trust and also discovering a specialist in London. We are extremely grateful to Jesse for taking a stand for us, and giving Christopher a chance of a better life ahead.
Karen Hughes, Herefordshire resident